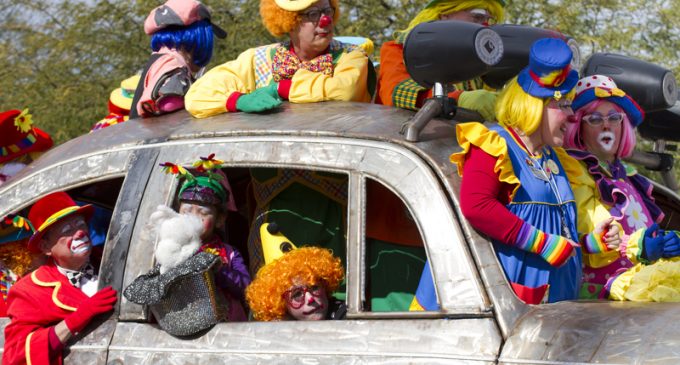 American society has become mighty accepting of things over the past ten years: same-sex marriage, the transgender movement, Muslim importation, etc. But thankfully, that tolerance only goes so far . . . at least one hopes.

Organizers are planning a “Clown Lives Matter” march for October 15 in Tucson AZ, in reaction to the recent occurrences that have spread across the country involving clowns being what clowns are, and that's frightening. And people have every right to be afraid, these clowns, who have been reported trying lure children into the heavily wooded areas, carrying machetes around, and just scaring people in general are not to be taken lightly, especially since sightings have now reached Colorado.

These clowns, are in fact, trying to scare people and possibly murder them. So creating a march insensitively called “Clown Lives Matter” is a great way to get an entire state to evacuate its borders. This is a bad idea. It's like being a female and walking through the streets of Iran in a bikini, hoping that the strongly religious men ogling from the sidewalks are “well intentioned” people. According to the flyer advertising the event, it's supposed to show “clowns are not psycho killers.” Okay, so that's all fine and dandy, except that occasionally – more likely than not – they are psycho killers.

Read more about the event on the next page.