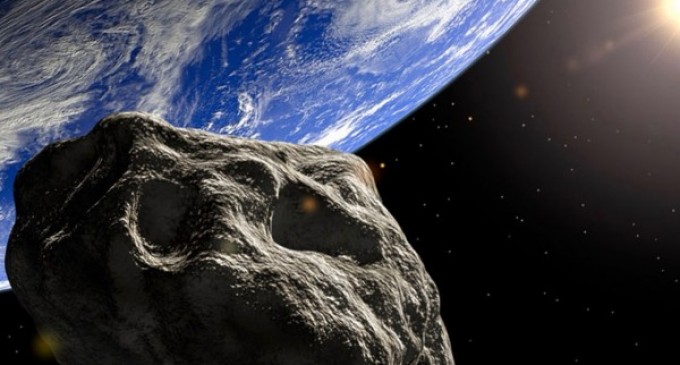 Earth will experience a close encounter of an asteroid that will pass by in March.

The moon is 384,400 kilometers from the earth and this asteroid will pass by at approximately 11,000 kilometers, 95% closer than the Big Cheeze!

This asteroid, named 2013 TX68, was discovered three years ago. The NASA-funded Catalina Sky Survey tracked the past for only three days before it entered daytime skies, which limits monitoring. Due to the short time of observation, the scientists were not able to get a greater awareness of the what this asteroid's orbit looks like.

Though the observation window was short, what knowledge was gleaned was that the asteroid is 100 feet in diameter and will be hanging out in Earth's “neighborhood” for quite a while.

On the next page, read about the unpredictability of this asteroid's orbit and what NASA is saying about 2013 TX68's earth flyby due in March of 2016.