Clock Boy is STILL making his way into the news.  The claim made by Mohamed’s father have been allowed to blacken the reputation of the school, with no counter point allowed

The news story retold the Islamophobia victim version of the clock-in-a-box story with Ahmed’s father Mohamed Elhassan Mohamed claiming the arrest happened “…because his name is Mohamed and because of Sept. 11, I think my son got mistreated.” McArthur High School is the school attended by “Clock Boy” Ahmed at the time of the incident.

Another voice and story has emerged that tells a very different perspective on the high school and how the administration and teachers were exceptionally supportive of Muslim faith.

One of the documents Breitbart Texas obtained is Jamali’s lengthy Oct. 1 email to MacArthur High principal Dan Cummings, which completely dismantles the leftwing attack narrative that Ahmed’s Sept. 14 arrest was racially motivated. Jamali describes the opposite picture, calling “Mac” the place that changed her life, where she felt “respected as a Muslim.” She dubbed Irving ISD a place “that taught pride, accommodated Muslim prayer and dietary needs” and where “students of my religious community, including me, (are granted) two weeks every year to attend a religious ceremony.” Jamali wrote they allowed her to take “a whole month of school off and go for Haj.”

Jamali has been an exceptional student and has continued excelling in her academic pursuits in college.  By sharing her experience, she wants to help create an accurate representation of her alma mater, the place she found acceptance and experienced growth.

She said,  “…Mac is a place where there is no or very little prejudice. I really do think it’s unfair that such a great school (the best in the world) is spoken of so poorly for a single day, when there were so many more amazing days.” 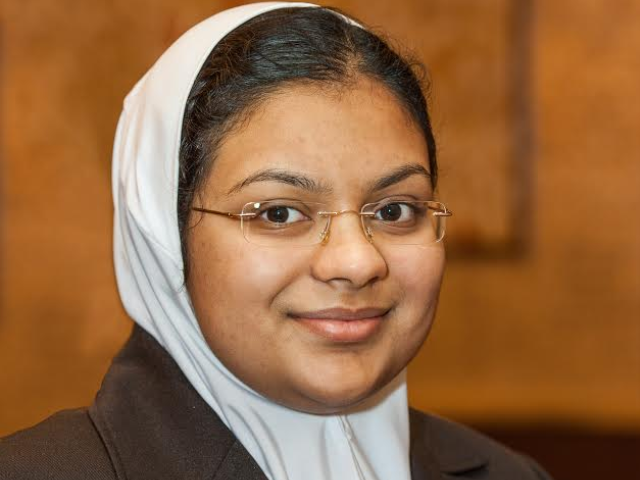