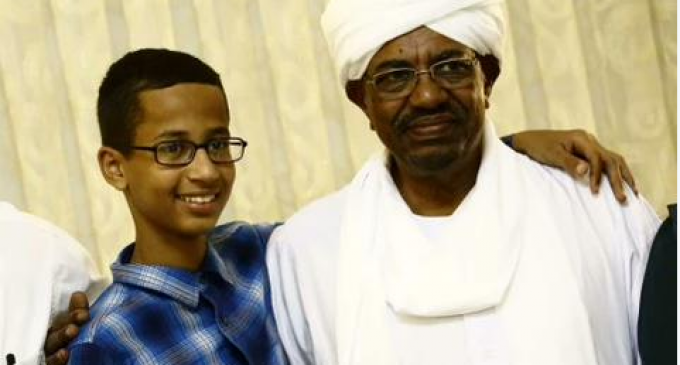 Clock Boy, the kid who has earned infamy for his plagiarized science project and was named by TIME Magazine’s 30 Most Influential Teens of 2015.  His science project was a clock device that looked like a bomb.a

“Clock Boy” Ahmed Mohamed landed on TIME Magazine’s 30 Most Influential Teens of 2015. The publication announced this year’s crop of teen wonders with the 14-year-old among sports dynamos, up-and-coming Hollywood stars, kids of the rich and famous, young entrepreneurs, and a Nobel prize winning girls’ education activist who survived being shot by the Taliban.

Nothing this kid has done should have kept him in the news for longer than a 20 minutes, yet dear old Obama stuck his nose in the mix and invited Ahmed to the White House, for his “clock design” and the rest is history.

Once again, Clock Boy is in the news, but this time because his father Mohamed Elhassan Mohamed has filed a federal lawsuit against the Principal of MacArthur High School, where his 14-year-old submitted the plagiarized science project, Irving Independent School District and the City of Irving, Texas.

Read about the lawsuit that asserts Ahmed Mohamed's rights were violated on the following page.