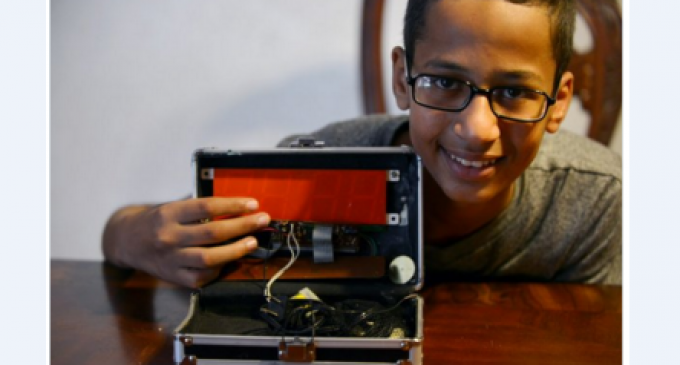 The money must have dried up, because Ahmed Mohamed's family is back in the news, and not for honorable reasons.

A little over a year ago, the young Muslim boy became a household name when he was questioned by police for bringing what appeared to be a bomb to school. It would later turn out that the device was a Radioshack clock that Mohamed had inexplicably modified and put into a suitcase in such a way that it looked like a bomb, but the fact that law enforcement even considered the possibility that it could have been one provoked outrage across the country.

Now, after reaping the benefits of this outrage (including a trip to the White House and praise from President Obama himself), Ahmed's father is suing not just the mayor of the city in which the incident took place, but numerous conservative personalities who commented on the issue.