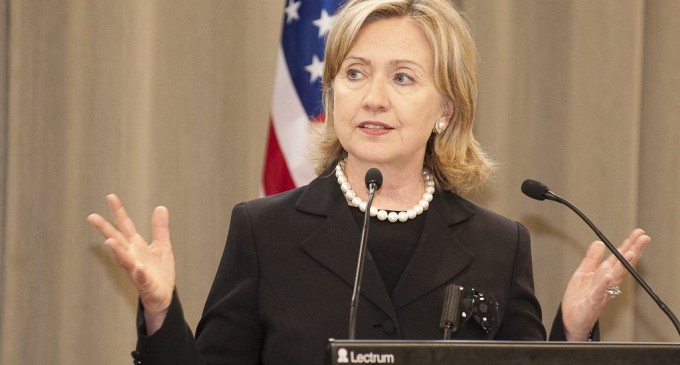 Former Secretary of State Hillary Clinton's story as to her use of a private email while leading the State Department from 2009 to 2013 has evolved more times than her view on gay marriage and the Keystone XL Pipeline put together.  Clinton initially claimed that she only used one device — she used many.  She claimed she never sent any classified information — she did.  She then modified her stance to claim that she never sent anything that was classified at the time — not true either.  Clinton also told the FBI and the American people that she turned over all work-related emails — the FBI found that she never turned over (and deleted) a number of work-related emails.

It's no wonder the American people can't keeping the Democratic presidential nominee's story straight — SHE can't keep it straight, either.

Clinton's latest claim — one which she made this week, on 60 Minutes — is that she used a private email server because “other secretaries of state” and “high-ranking members of administrations” recommended the idea to her.

But who were these “high ranking” officials and former secretaries of state?  Did anybody actually tell her that this was a good idea, or is Clinton simply attempting to shift blame for her “extremely careless” behavior?

To read more, continue on the next page: