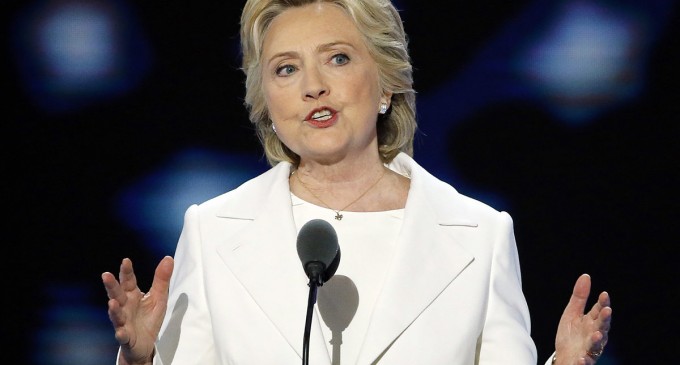 Hillary Clinton did her best impression of a Second Amendment advocate during last week's presidential debate. Not only did she proclaim her “support” the amendment, but she “lived in Arkansas for 18 wonderful years,” so of course she loves guns.

Unfortunately, Clinton's words don't reflect her policy regarding gun ownership. She may have claimed that “gun ownership is a tradition that goes back to the founding of our country,” but that isn't stopping her from trying to take them away. She's just being sneaky about it.

A look into Clinton's actual policies show that she may try to outlaw some of out country's most popular guns. Her plan isn't an outright ban, but effectively limits Americans from being able to purchase the guns that they want.

Remember, Clinton was attacking Bernie Sanders for being too soft on guns during the primary. Just because her campaign has done away with him doesn't mean she gets to change her stance.

See the specifics of Hillary Clinton's anti-gun agenda on the next page: