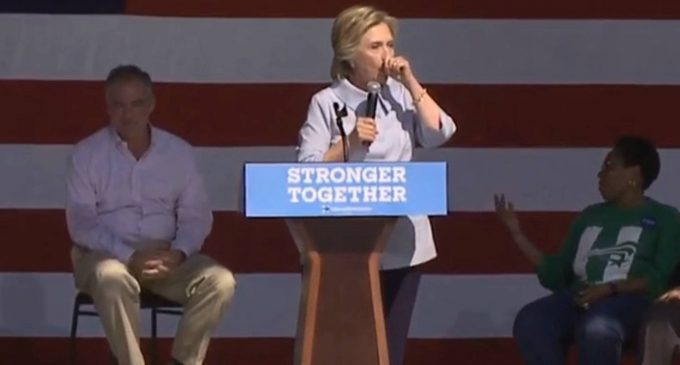 Another week, another Hillary Clinton scandal.  This sums up not only the 2016 election but indeed Clinton's entire career.  This election cycle, however, the scandals, coverups, and controversies are piling up at an alarming rate — even by Clinton standards.

Although FBI Director James Comey decided not to pursue criminal charges against the former Secretary of State for her improper use of a personal server and “extreme carelessness” in handling classified information, the American public is certainly prosecuting her in the polls.

Next came evidence that the Clinton State Department was auctioning off access to the Secretary to Clinton Foundation donors — a story which further damaged any remaining trust the public had in the Democratic nominee.

Most recently, following weeks of looking unwell on the campaign trail, Clinton collapsed while attending a 9/11 memorial service in New York.  Clinton had to be carried into her van by Secret Service and sped away to her daughter's apartment to recuperate.  Even Clinton supporters and surrogates acknowledge the campaign's blunder in attempted to cover up Clinton's dire health situation.

In an attempt to assuage the American people's concern regarding Clinton's health, her physician released the results of Clinton's perfect score on a health test she claimed to have administered to her.

To see how a prominent medical doctor and former Senate candidate slams Clinton's doctor over claims of a fake test, continue on the next page: