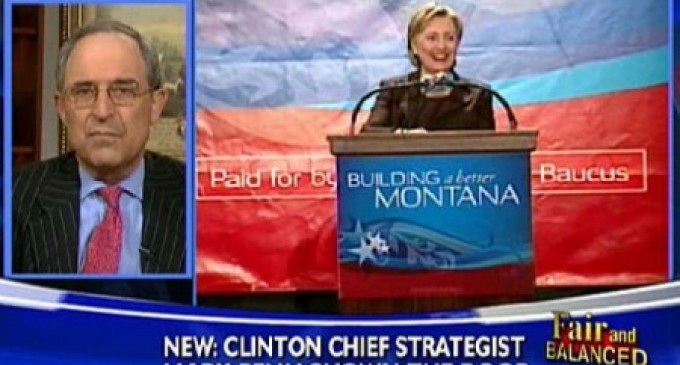 How many accomplishments are on Hillary Clinton’s resume?

According to Lanny Davis, Bill Clinton’s former Counsel and troubleshooter: 0

Hmmm, he could have just said…the killing of 4 Americans over in Benghazi.

Did I miss any others? (sarcasm)

Bill Clinton’s former Counsel and troubleshooter Lanny Davis, when asked on Hugh Hewitt’s show to list Hillary Clinton’s accomplishments, couldn’t list one of them. Instead Lanny had to claim that the Secretary of State job is useless.

HH: All right, one question, you’ve got a minute. Summarize for me what she accomplished as Secretary of State.

LD: Well, the biggest thing of all is goodwill around the world, which is what secretaries of State do.

The United States is not exactly very popular around the world. And Secretaries of State are expected to have more specific accomplishments internationally in the diplomatic arena.

LD: I don’t know what any secretary of State…

HH: …and Egypt and Libya?

LD: I don’t know, well, Libya and certainly the intervention in Libya and getting rid of Qaddafi, you would say that’s a pretty good achievement for the President. But these are presidential achievements with a partnership of the secretary of State. What do secretaries of State do? For example, she was very instrumental in the details of the Iranian sanctions program, which has produced, apparently, some results. I’m very skeptical about this deal in Iran on the nuclear weaponry. But the credit she deserves on this sanctions program, which literally was her program in the State Department to enforce, but in partnership with Barack Obama.

HH: So her achievement is that…

Apparently we didn’t have any relations with anyone in the world until Hillary arrived. Also Hillary’s accomplishment is being popular. Which is a debatable accomplishment.

But you can see the problem for Hillary Inc and Planet Hillary and Clintonworld. This is a killer question because Hillary didn’t do anything. And the things that Lanny tries to attribute to her are on shaky ground. Obama has turned on sanctions and the Libyan intervention led to Benghazi and was wildly unpopular with Americans.

Hillary does not want to stand up at a debate and claim credit for Benghazi by way of the Libyan intervention. She will try to claim credit for Iran, but by then the topic may be equally untouchable, if for example Israel does bomb Iran’s reactions or the negotiations completely collapse.