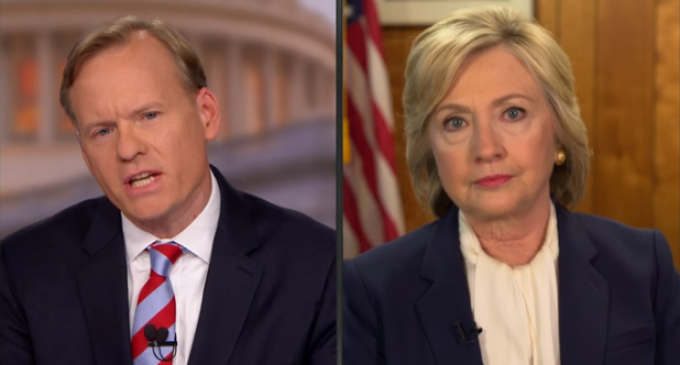 Senator Hillary Clinton lashed out at Republican front-runner Donald Trump, describing him as sexist. The Donald responded in kind declaring that Hillary Clinton was Bill Clinton's enabler and helped to destroy any women the President put his hands on. Everyone knows that is true so Hillary is in a bit of a huff over losing her first clash with The Donald.

One must understand who we have in Hillary Clinton as a nominee. This is a person who spent their life pursuing power because her personal life was a complete shambles. It still is.

The L.A. Times reported how entitled she is when Gov. Bill Richardson of New Mexico defected from team Clinton and backed then Senator Barack Obama for the democrat nomination in 2008.

From the L.A. Times:

[Ron]Burkle recalled that she was bewildered when Bill Richardson, who had been secretary of Energy in the Clinton administration, began publicly contemplating not supporting her White House bid — which he ultimately did not.

Burkle said then Sen. Clinton called him between votes on the floor of the Senate.

Burkle recalled: “She asked me: ‘Is he really not going to vote for me? Bill watched the Super bowl with him.’ ”

“Bill watched the Super Bowl with him?” So she let Bill grace the Governor's Super Bowl party and payback is due?

This is what is expected in the Clinton's world; obedience.

Also one should note Ron Burkle, the billionaire democrat donor, used to fly Bill Clinton around with a bunch of girls. We are sure they did it for women's rights.

Hillary tried to play off her thumping by taking the high road, a place foreign to her and the former President.