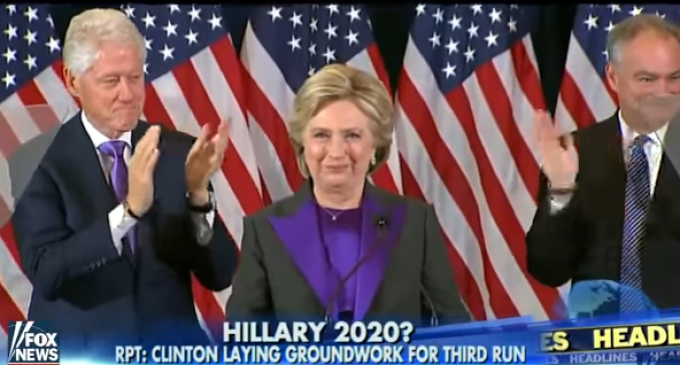 And here we thought we had gotten rid of Hillary Clinton forever. But not so fast. Clinton seems to think she can make a comeback.

Hillary Clinton laid the groundwork for her presidential run the moment her husband left office in 2001. She soon became a member of the Senate and became the odds-on favorite to win the Democratic nomination in 2008. Then 60 years old, Clinton lost to a relative newcomer, delaying her chance at the presidency for eight more years.

Finally, in 2016, Clinton managed to clinch the Democratic nomination, but lingering questions about the 68-year-old's campaign. At one point — after an apparent case of pneumonia — Clinton was caught-on-tape unable to walk under her own power.

After Clinton pulled off the second stunning loss of her political career, most assumed that her life in the public eye was over. But Clinton might have other plans.

See why many believe Clinton is staging a 2020 comeback on the next page: