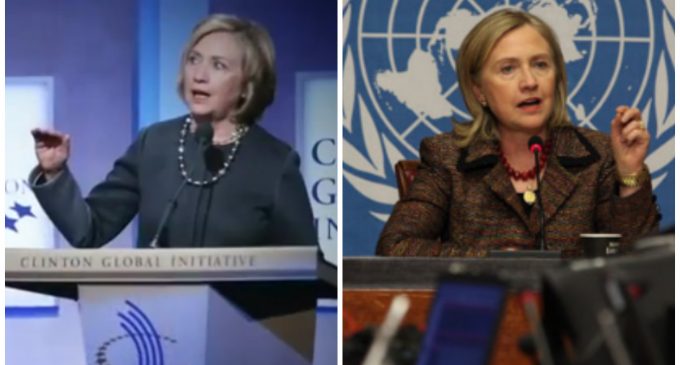 Haiti is poor country beset by financial, ecological, and political disasters.  When it comes to nations in need of help, Haiti would be high on the list.  The Clinton Foundation has money, and one of its alleged purposes is to provide help and relief in situations like Haiti's.  Or maybe the U.N. could do something helpful.  Sounds like a perfect match, right?  Hardly.

It hasn't worked out well at all.  As we previously covered, those helpful folks at the U.N. brought a cholera epidemic to Haiti – killing about 10,000 people.  Naturally, no one was charged for this incident.

Has the Clinton Foundation been any help to Haiti?  On the contrary, it appeared to have used Haiti to help itself instead.  To make the point, Haitian protesters showed up at the Democrat National Convention to express their displeasure with the actions of the Clinton Foundation in the aftermath of the 2010 earthquake and to demand that Hillary be thrown in jail for making money off the backs of poor Haitians.

You have to wonder just how much more “help” the people of Haiti can stand.  More on the Clinton Foundation's work in Haiti on page two.