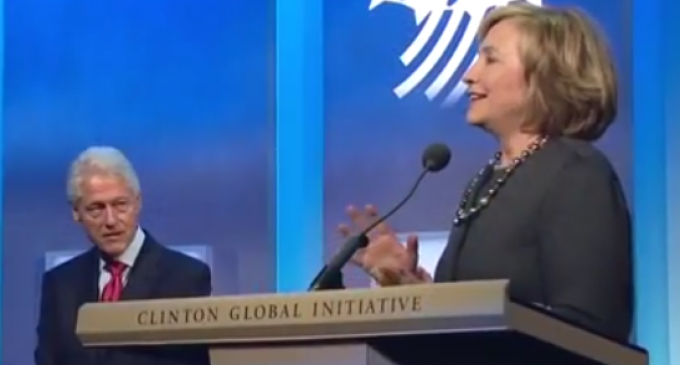 When Hillary was Secretary of State, she made an agreement with the Obama administration to disclose funding sources of the Clinton Foundation as part of an ethics agreement to avoid the perception of impropriety. The foundation then went out and set up a partnership with a Canadian firm, which is quite convenient since Canadian law prevents charities in that country from disclosing their donors without the donors’ permission.

That obviously violates the spirit of the agreement which was set up to avoid conflicts of interest during Hillary Clinton’s tenure at the State Department.

More on the crooked hiding of money raised for the Clinton Foundation, page 2: