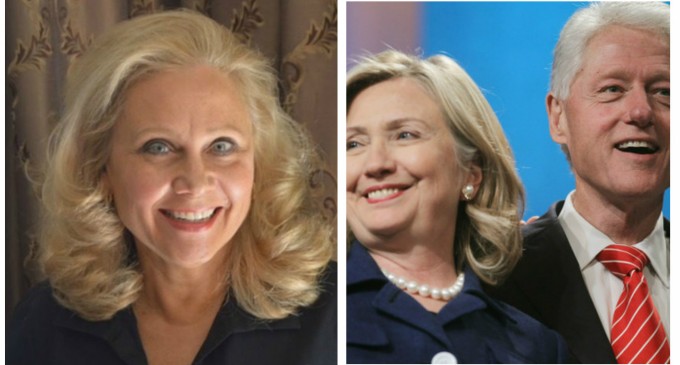 As Hillary's presidential campaign hopefully nears the iceberg where it sinks, more and more of Bill's ex-lovers and mistresses are coming out of the woodwork and talking about what a creep he is. Some of them are even writing books about it.

Former Dallas lawyer Dolly Kyle, who claims to have had a long running affair with Bill Clinton, which began in the '70s and ended sometime in the '90s, states that Bill once boasted about having had sex with 2,000 women. In her forthcoming book, she describes Clinton as a “sex addict” who has some “sick, sick need” to “control women.”

In an interview with Aaron Klein on his investigative radio talk show, Kyle gave details of Bill's perverted sex life and called Hillary an enabler and a terrorist. These comments came in response to a question about Donald Trump's statement about Hillary being an “unbelievably nasty, mean enabler, who destroyed the lives of her husband's mistresses and alleged victims.