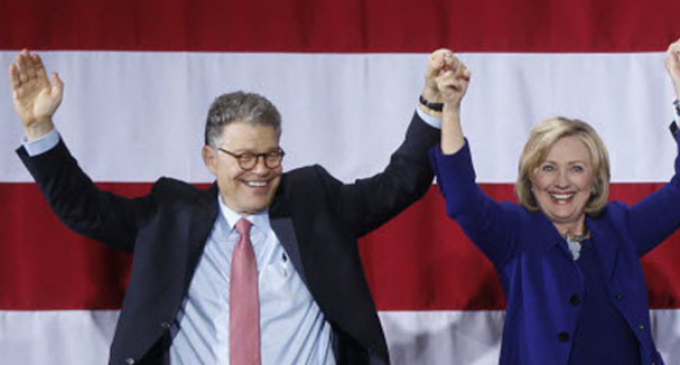 Pardon me for my ignorance if I’m wrong or am missing an important detail, but isn’t Roy Moore still a citizen of Alabama, free to walk the streets?  I guess what I’m trying to say is, has he not been arrested for rape or sexual assault?

Okay, just wanted to make sure that I understood the whole concept of “innocent until proven guilty” in our legal system.  Now, let me ask another, perhaps, stupid question.

Has President Donald Trump been impeached for perjury and misconduct in the Oval Office after having had sexual acts performed on him by his intern?  Has he lied about these accusations?  Has he ever been accused of sexual misconduct that has been proven in a court of law?

All righty, then.  You may wonder why I’m asking.  Hillary Clinton, three-time loser (two presidency runs and a recount effort by proxy through Jill Stein) and four if you include the Electoral College heist in the waning moments before the inauguration, apparently believes that a proven sexual misconduct by Senator Al “Chuckles” Franken (D-MN) through photos is a man of honor and virtue compared to the two men mentioned above who are only under suspicion.

Read on the following page about how Clinton believes that Franken, since his confession of wrongdoing and an apology (laced with “I don’t recall the events happening just that way, but…”) is now rendered pure as the driven snow while Trump and Moore should burn in Hell!”