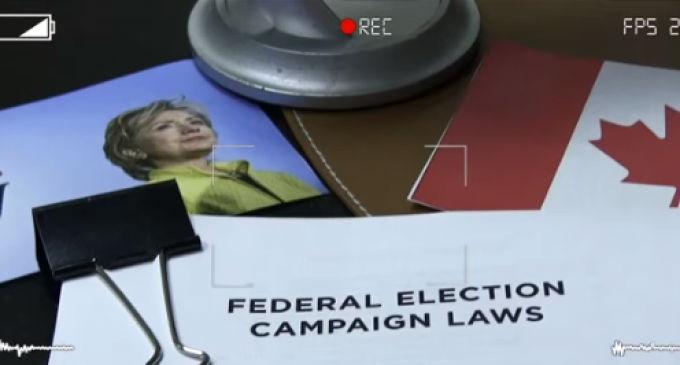 According to a video released by Project Veritas Action, Hillary Clinton's staff members were caught accepting donations from a Canadian woman at Clinton's candidacy announcement rally in exchange for hats and pins with the presidential hopeful's name on it.

Let's all take a moment and act surprised.

Okay, now that that's out of the way….

With a list of scandals the size of several large encyclopedias, Hillary Rodham Clinton has proved time and time again that she's not afraid to break the rules in order to get what she wants, and apparently neither is her staff.