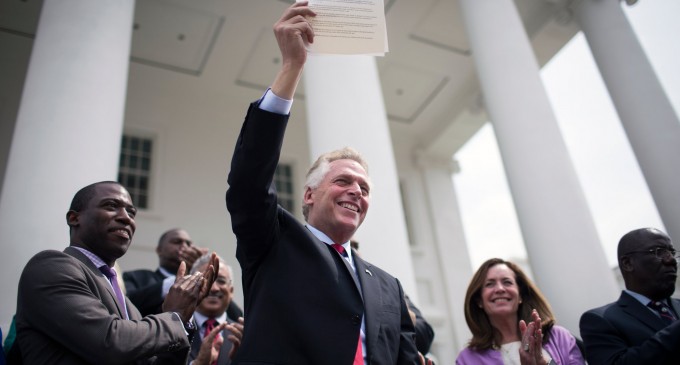 Recently, when talking to students at the University of Chicago School of Law, President Obama lectured them on the history of whites suppressing minority votes.  He argued that white men have historically gone to great lengths to keep women, blacks, and other minorities from participating in the American political process.

To build up and motivate their voter base, Democrats frequently play the [insert label here] card.  They claim that a few rich, white, old, Republican men sit in a smoke-filled room, scheming up ways to oppress the poor, minority, female, and gay populations.  Both Hillary Clinton and Bernie Sanders appear to be going all-in on this strategy for the 2016 election.

Considering that turnout in the Democratic primaries has been significantly lower than that in the Republican primaries, it is no surprise that the Democrats are turning to the divisive blueprint of identity politics.

If Virginia is any indication of the Democrats' level of desperation, it would appear that they have hit DEFCON 1. Hillary Clinton's friends are so worried about her low voter enthusiasm, that at least one of them has taken drastic measures to ensure that she receives votes in November.  To read about Governor Terry McAuliffe's executive order granting voting rights to over 200,000 convicted felons in the Old Dominion State, continue reading on the next page: