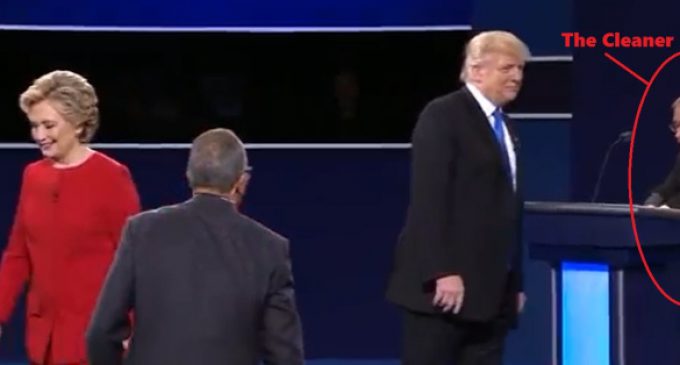 Could there have been some foul play by Hillary's team at the first presidential debate? It seems very possible. As she struggles in the polls, and given her massive “integrity-deficit,” the idea that she might employ some nefarious tactics to get an advantage over her opponent isn't hard to imagine.

The current discussion focuses on the possibility that an electronic device was installed on Hillary's podium, a device that appears to have been removed right after the debate by a shadowy individual who has been dubbed, “The Cleaner.”

Check out what this device may have been on the following page: