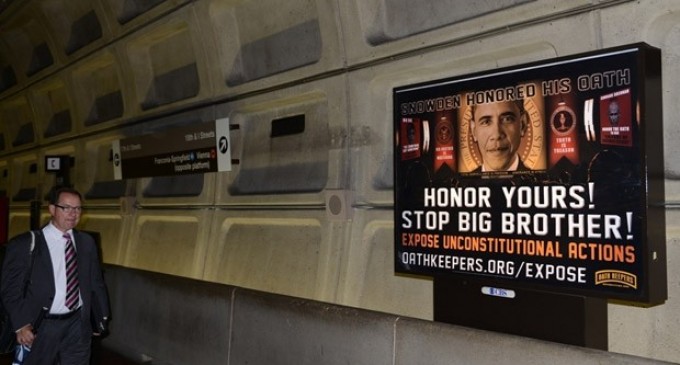 We are definitely headed towards major conflict in this country between those who seek to enslave the American population within the walls of fascism and those patriots who are aware of this plan and seek to fight back.

Militia groups greatly increased in number from when Obama took office. Up 8-fold since 2008. From USAToday.com:

Radical anti-government “patriot” groups and militias, galvanized against gun control, will continue to grow even as the number of groups operating in the USAreached an all-time high in 2012, a report Tuesday by the Southern Poverty Law Center finds.

The center tracked 1,360 radical militias and anti-government groups in 2012, an eightfold increase over 2008, when it recorded 149 such groups. The explosive growth began four years ago, sparked by the election of President Obama and anger about the poor economy, the center says. That growth is likely to continue as the groups recruit more members with a pro-gun message, the center’s senior fellow Mark Potok said.

Now we are seeing open accusations of Obama and our government as being ‘big brother’. This sign of the beginning of an open rally of American patriots, in this case mostly veterans and active and retired police officers, shows where we are in terms of the coming civil war.

The anti-surveillance veterans group Oath Keepers rolled out a call-to-arms this week to its 30,000 dues-paying members, urging them to activate into small “civilization preservation” cells modeled on special operations units in the U.S. military.

Stewart Rhodes, the Army veteran and Yale-educated lawyer who founded Oath Keepers in 2009, told U.S. News his organization has received an outpouring of enthusiasm since making the call.

“It’s the right time for it,” he said. “We have been kind of lax and negligent in our duties of citizenship.”

This war can start at any time, providing the current administration delivers the ‘straw that broke the camel’s back’. In any event, Oath keepers tells us that we as American public are far from ready. Also from USNews.com:

Rhodes lives in Montana with several Oath Keepers colleagues, but he says the group has members in all 50 states. His vision is for chapters to serve as relief teams during natural disasters and community defense units during times of civil unrest.

The cells, and their laundry list of community-securing objectives, are necessary because of an impending economic collapse, possibly caused by devaluation of the dollar, leaders of Oath Keepers say.

“The reason why we are doing this right now is because we see a severe weakness in the American people and their capacity to absorb the kind of civil disruption that would be in the wake of catastrophic economic collapse,” Rhodes said.

The Oath Keepers cells, Rhodes added, will serve as “training cadres” that emulate special forces units – whose “main purpose is to train the local population in how to provide their own security and to help lead them,” he said. “We’re doing it within our own chapters, but the main point it to lead by example, to have a working model so that other organizations – whether it’s a neighborhood watch or veterans organizations – can do the same thing.”

DHS is preparing for civil war. What are YOU doing to be ready?

Here are some good tips for surviving martial law.