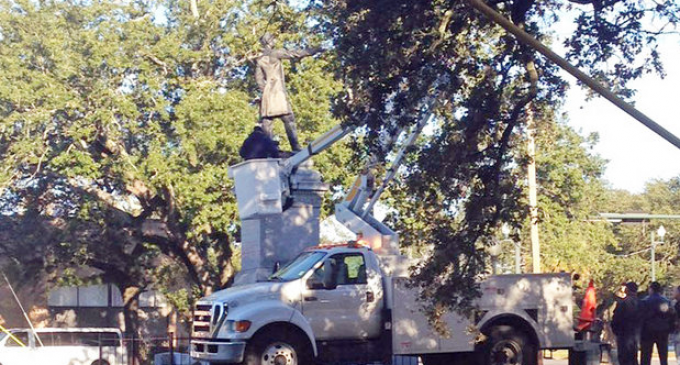 Bread and circuses are often enough to distract the masses from the more serious shortcomings of government. And so it is that the pandering to Black Lives Matter and politically correct college student demonstrators serve to help them forget that they are poorly educated, poorly served and just plain poor.

In the city of New Orleans, with so many other more important issues, the city council has voted to remove statues of Confederate civil war heroes in order to placate loud mouthed whiners who  are “offended” by the statues, rather than deal with the real problems the city faces.

The monuments are of Jefferson Davis, Robert E. Lee, P.G.T. Beauregard, and the Battle of Liberty Place. They mark historical figures and events that cannot be erased. The city council voted 6 – 1 for their removal, and declared them public nuisances.

It is estimated that removal will cost $170,000, and all of the arguments made by groups hoping to keep the monuments in place were judged by the city council to be “frivolous,” “entirely without merit,” or “made no sense.”  One wonders about other moments in history that various segments of society will find offensive and move to have them erased.

Who is paying for monument removal, page 2: