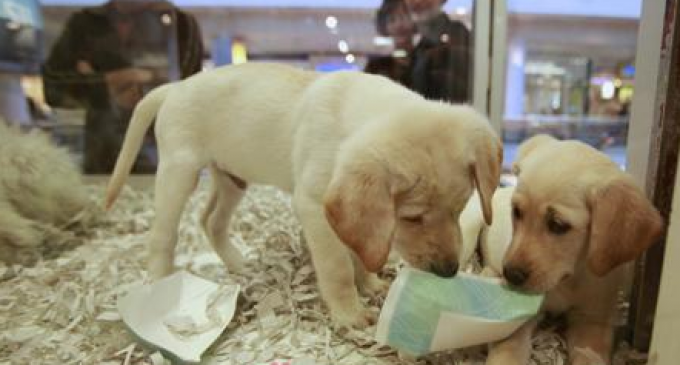 The selling of cats and dogs through retail outlets has always been a controversial topic for many reasons. Two of the more popular arguments consist of the living conditions for the animals and the encouragement of puppy mills. While there’s no proof that confining infant dogs and cats to cages while people stare at them is hazardous to their health, the existence of puppy mills certainly is. And note that there is a very clear difference between puppy mills and breeders. One might claim to be the other, but any respectable breeder knows better and treats their animals with love and care. Whereas the other type only cares about money, and we’ve all seen the documentaries and television shows that show the deplorable conditions that people do “breed” animals in.

Because of this, Roseville has officially become the first city in Minnesota to band the commercial sale of cats and dogs at pet stores. Discussions for this began last year after Har Mar Pet Shop received a troubling inspection report that led many to believe there was serious abuse and/or neglect happening on the premises. This began a citizen-led movement to end the practice city-wide. However, the owner of that accused pet shot didn’t go down quietly.