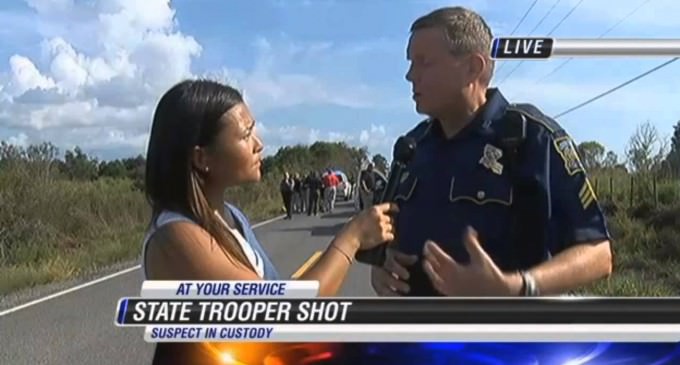 With all of the violence happening in the United States, spurred by race, terrorism and other forms of hatred, it's easy to forget that sometimes violent situations occur because people are mentally unstable. Though most are reluctant to blame anything on mental health, especially when another agenda can be served, sometimes the reasoning for certain acts are far simpler than you'd expect. After responding to a call about a car that was in a ditch on the side of the road, a Louisiana state trooper found himself in an altercation with the driver, which ended when the driver pulled out a pistol and shot the trooper in the head.

Watch what happened next.

Video and more information on the NEXT PAGE: