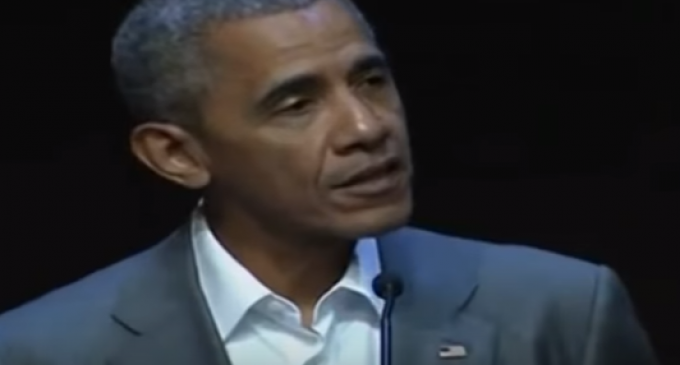 Not content to be an ex-president, Barack Obama keeps appearing on the world stage to push his progressive agenda and stay in the limelight.

At a conference in Indonesia last Saturday, on the eve of America’s celebration of Independence Day, Mr. Obama made a predictable speech that many interpret as a slap at the nation he once led.

It’s worth recalling that Obama didn’t have the same experience growing up as did his predecessors. He was essentially raised by his grandparents in Hawaii. Prior to that, he traveled with his mother to Indonesia were he spent four years attending a Muslim school, never learning American heritage and traditions. However, he did learn to speak Indonesian and chant Islamic prayers.

His Saturday speech was a collection of progressive clichés calling for moderation, tolerance and respect for others, all of which he ignored during his presidency.

Learn what he said that reflected his contempt for American patriotism and his scorn for his successor, Donald Trump. The story unfolds on the next page.