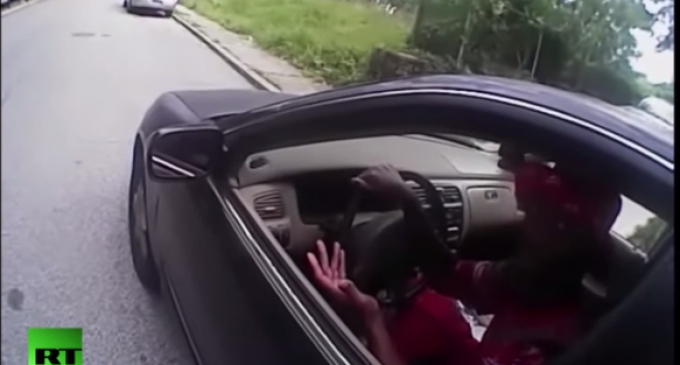 A warrant has been issued for the arrest of Cincinnati police officer Ray Tensing after he killed an unarmed black man during a routine traffic stop.

The body cam footage seen on the following page shows Tensing pull over 43-year-old Sam Dubose for not having a license plate on the front of his car. After a brief verbal exchange, Dubose appears to try to leave the scene. First, Dubose would not allow the cop to open his door, then the Dubose starts his car and tries to drive away, the officer responds by shooting Dubose in the head.

The prosecutor in the case claims that the car was just ‘rolling away'. You be the judge…