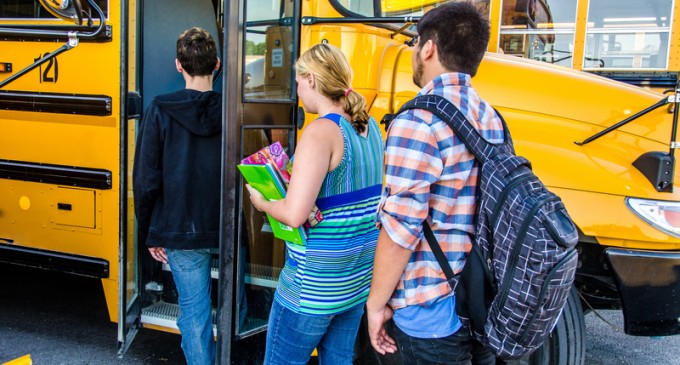 The material was placed on the bus as part of a joint exercise with the local sheriff's office to train explosives-sniffing dogs at Briar Woods High School from March 21-24, which was during the school's spring break.

Read what the sheriff's office had to say on the next page.