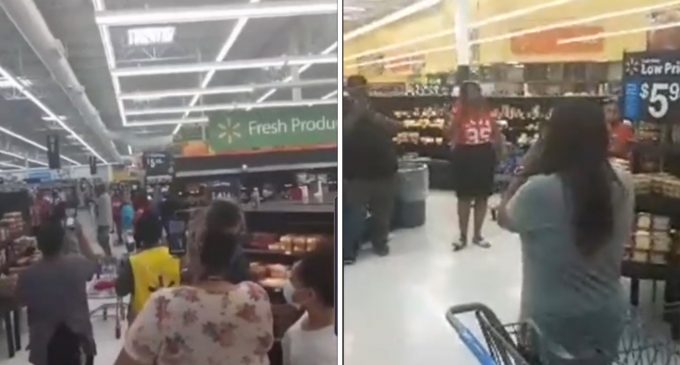 A video surfaced this week of a Christian Church that worshiped at Walmart, reportedly in North Versailles, Pennsylvania, because Governor Wolf barred people from gathering in churches due to the pandemic.

“Religious leaders are encouraged to find alternatives to in-person gatherings and to avoid endangering their congregants. Individuals should not gather in religious buildings or homes for services or celebrations until the stay-at-home order is lifted,” Wolf said.

The video has been viewed 1.1 million times since it was posted to Facebook.

The video shows congregants singing “Our God Is Greater,” “Waymaker,” “Great Are You Lord,” and “We Worship You.” People sing in praise, and everyone seems to be recording the happening via cell phone.

A site called Faithpot reports that Halford works at the North Versailles Walmart, and “immediately dropped what she was doing when she heard them singing.”

Customers appear to join in as well, and the Walmart is soon ringing with the sounds of praise.

This church decided to worship at their local Walmart since they weren't allowed to gather anywhere else pic.twitter.com/Su6ojO4gVA