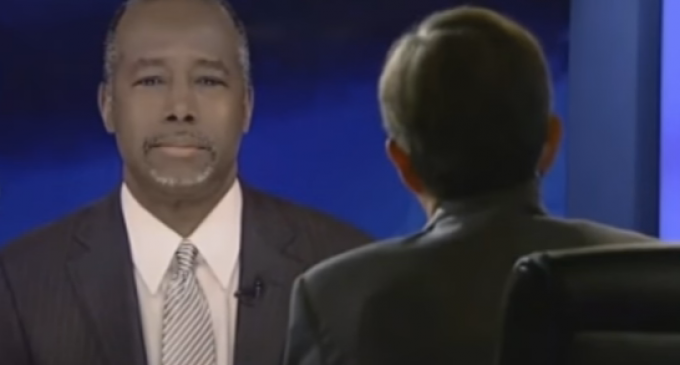 The media has hammered the idea that Donald Trump is “racist” into viewers' heads but when you look at whose conduct can truly be called racist, it's their, underhanded own.

Take the recent treatment of Ben Carson on Fox News for instance. Speaking with Chris Wallace, the accomplished neurosurgeon and former presidential candidate listened intently as his host elaborated on the controversial defection of Republican delegates after Trump promised to secure the border as president. One might have expected Wallace to ask Carson about his own position on immigration when he seemingly deviated from his script and asked his guest if he was worried about being used as a “prop” to get African-Americans to vote for Trump.

Yes, in the minds of people like Wallace, pledging to enforce the country's laws is bigoted but insinuating that the only African-Americans who support a candidate are token minorities isn't.