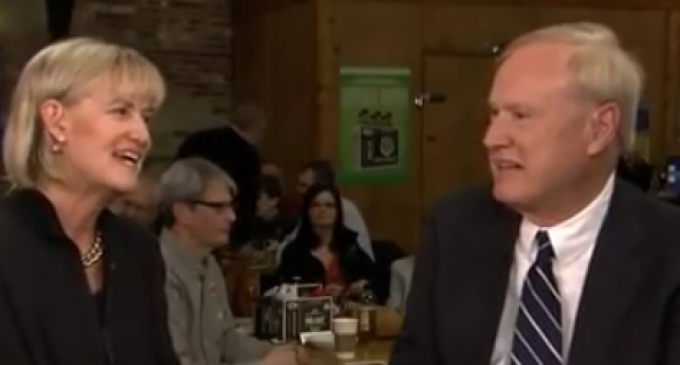 Chris Matthews is a smug, hard-left, pompous buffoon. But even he gets it right some times – even if it's just to stump for Hillary. In the following video, he interviews Barbara Lawton, Lt. Governor of Wisconsin, who is a Bernie Sanders supporter. Lawton is old enough and versed enough in government to know that Sanders is blowing pipe-dreams of free college and making the rich pay “their fair share” to allow young people a free ride.

It is shocking and discouraging that Ms. Lawton would be so ignorant as to buy the soap that Sanders is selling. Surprisingly, Matthews calls her bluff and just makes the Lt. Governor look foolish.

Of course, Matthews is a big Hillary Clinton supporter, lest we imagine that he has suddenly become an honest man. But the following interview shows why Democrats cannot be trusted to manage the budget of the United States, their own state, or the juice fund for the elementary school that their kids attend.