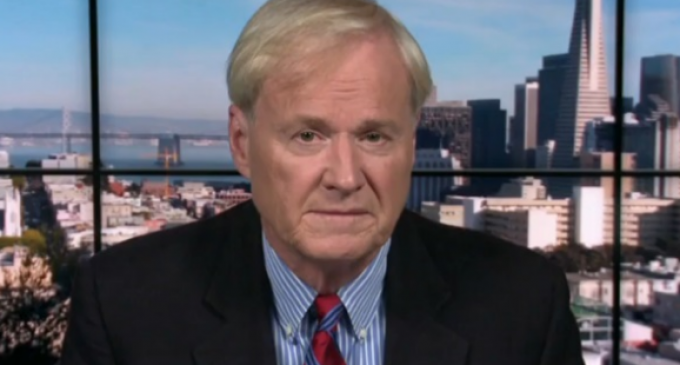 It's not exactly clear why, but it seems some Democrats are not just beginning to realize how big of a disaster a Hillary Clinton presidency will be but are actively speaking out against her.

Notorious among conservatives for his embarrassing comments about having a “tingle” up his leg during Barack Obama's 2008 election day victory speech, Chris Matthews has earned a reputation as one of the most shameless hacks to grace the waves of MSNBC. Eschewing reasoned analysis of issues and topics, the ultra-liberal host tends to substitute emotion for fact and advance from there, no matter what ridiculous conclusions it leads him to.

Yet instead of relegating him to obscurity, Matthews' hare-brained approach to politics has garnered him a show on the network where liberals tune in to be programmed by him. In a strange twist of fate, however, the host had something to say recently that will make his viewers very unhappy.