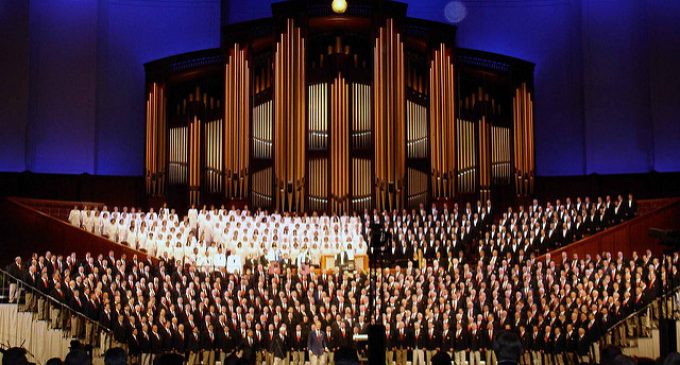 Donald Trump is planning a less lavish inauguration ball than his predecessor, but that doesn't mean it's been devoid of drama.

Earlier this week, Donald Trump tweeted that he wanted “people,” not A-list celebrities, to attend his inauguration. And the official plans reflect this back-to-basics approach. While Barack Obama scheduled ten inauguration balls, Trump has planned only three. Trump has also tapped less-famous acts to perform at the celebration. The confirmed acts include Jackie Evancho, the Rockettes, and the Mormon Tabernacle Choir.

But not everyone is pleased to be performing for the president-elect. One Rockette tweeted “#notmypresident” after learning that she was booked to perform the inauguration — and not even the Mormon Tabernacle Choir is completely onboard with the event.

This week, one member of the Mormon Tabernacle Choir decided to quit rather than sing for the president-elect. She did so, apparently, because she thinks Trump is basically Hitler.

Read the nonsense reason why she resigned from the choir on the next page: