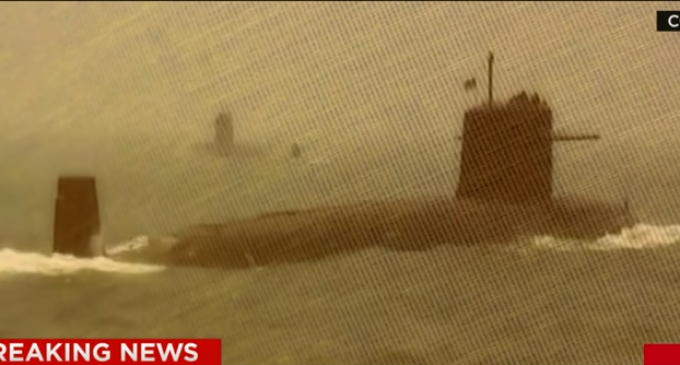 The Chinese People's Liberation Army Navy has been beefing up their intimidation game in recent days. Last month in waters near Japan, a Chinese submarine stalked the carrier USS Ronald Reagan, marking the first time since 2006 a PLAN sub came within such close distance to an American carrier. Defense officials claim that the Chinese sub managed to sail very close as the carrier sailed from its homeport to the Seas of Japan around the Northern Portion of China.

This isn't the first time the Chinese military has tried to intimidate (if that's what they were trying to do) an American vessel. Less than a month ago, there was another dispute in the South China Sea, when another American vessel, the USS Lassen, sailed through international waters that China claims belongs to them.

China responded by launching a military exercise from a manmade airstrip in an attempt at intimidation. The incident between the Reagan and the Chinese was only the first scare to happen that week.

Read who else got involved on the next page.