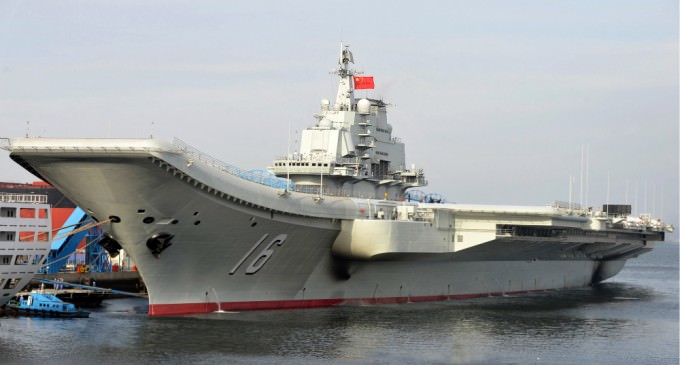 New satellite imagery has shown that China may have started construction on a new aircraft carrier. This would be their second one, in addition to refurbished Soviet-era flattop they finished sea trials with last year. When the construction is finished, it'll be China's first carrier made in their country. But images leaked from The National Interest shows that it doesn't look very much like a carrier at all, which is to be expected, considering that China doesn't have the experience or skill to make anything like modern U.S. carriers. Perhaps this is why they're so interested in hacking American intelligence.

Go to the next page to read more about the carrier.