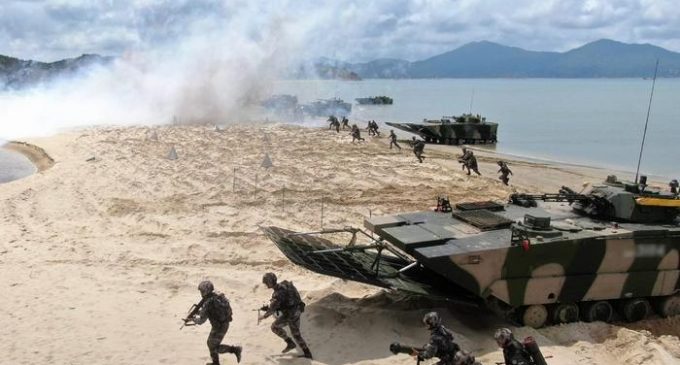 As China's economy takes a steep nosedive it continues to step up aggressions against Taiwan and escalate tensions with the United States.

The Chinese Communist Party released a record-setting $200 million war movie depicting the CCP winning a key battle against the U.S. and United Nations at the Korean War Battle of Chosin Reservoir. The nearly three-hour-long movie smashed box office records –  having grossed an estimated $633 million since its release on September 30th. It was timed to celebrate the 100th anniversary of the founding of the ruling Communist Party.

No doubt those numbers may be due, in part, to the CCP organizing cinema trips for its extensive workforce.

Was the movie purpose simple ego-stroking by the regime or is it propaganda to portray the U.S. as its enemy?
Move to the next page for the movie's trailer and to for details on the latest threatening move against Taiwan.