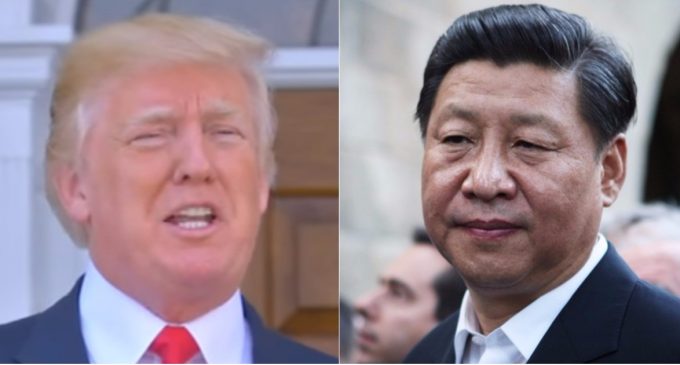 As a country caught between the proverbial rock and a hard place, China has to be frustrated with the growing tensions between its ally North Korea and its global partner the United States.

President Donald Trump continues to pressure China to use its considerable influence to get North Korean dictator Kim Jong-un to tone down his bellicose behavior and his pursuit of nuclear warheads for long-range missiles.

For China, the solution it seeks is maintenance of the status quo, with a de-escalation in rhetoric and military readiness on both sides of the growing crisis.

With increasing worry about an outbreak of armed hostilities between North Korea on one side, and South Korea and the United States on the other, China is weighing in to warn the U.S. not to act pre-emptively.

On the next page, find out what specifically China has indicated as its “red line” in the current situation. Learn how President Trump has doubled down on pressuring Kim with strong rhetoric about a potentially disastrous U.S. response to Kim’s aggression.