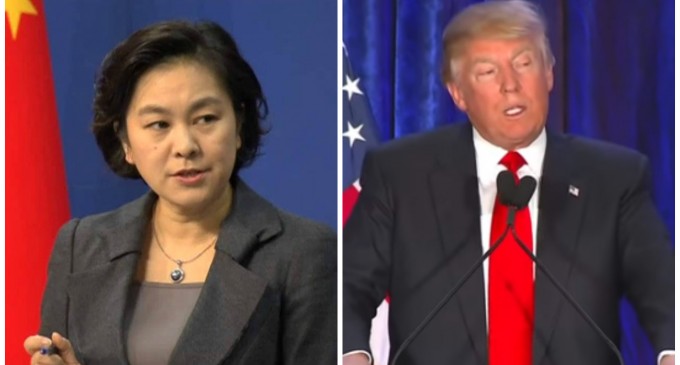 If this past month has shown us anything, its that Donald Trump's list of enemies is no longer limited by our American borders.

First, he and the Pope got into a feud. Next, former Mexican president Vicente Fox went off on the GOP frontrunner, saying — among other things — that Trump reminds him of Hitler. Now, China is getting in on the international war against Donald Trump.

It seems that every single enemy Trump makes only endures him further with his conservative base. While Pope Francis is a powerful figure, his politics have left many conservatives cold. Trump's constant attacks on illegal immigrants from Mexico have many fired up, and the response from Fox only proves that Mexico is listening, and maybe even a little scared.

Now, China's response to Trump's accusations that they are constantly devaluing their currency further shows to his supporters that they, too, are afraid of President Trump.

See what they had to say — and what they're ordering their media to do —  on the next page: