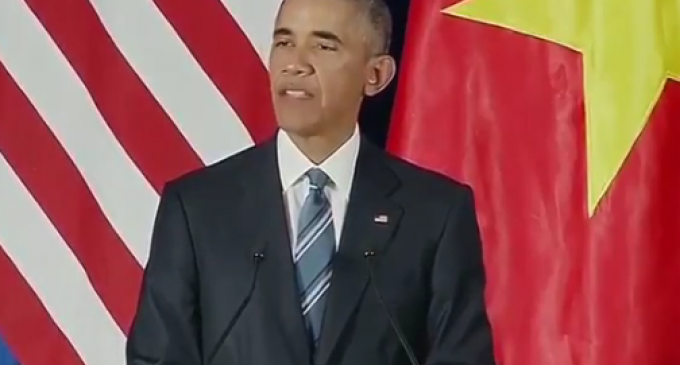 Barack Obama has been drawing down the size and readiness of American troops for his entire presidency. We are now at the lowest levels of troops, munitions, and preparation that we have had in decades. Yet Obama is still putting troops and weaponry in harms way, including into Syria and Afghanistan, and he is “tickling the dragons tail” by directing U.S. Navy vessels into contested waters that are patrolled by the Chinese and the Russians. Under other circumstances, that might be acceptable, but given the readiness of our military forces it seems foolhardy unless there is the desire to actually ignite a conflict that would make his departure from office a bit more tenuous.

One of the areas being contested is the South China Sea, shown in the map on page 2. The area in dispute is certainly one that could be claimed by a number of nations, and China seems unwilling to recognize that her demands are simply untenable. Obama, however, has decided to play “chicken,” and this seems particularly unnecessary and foolish given the potential ramifications. He has decided to sell weapons to one of our old enemies, a move surely designed to challenge China, but one that will provide us with little or no advantage whatsoever. Obama truly is one of the most inept and uninformed leaders regarding global politics that we have ever had. This latest move could easily backfire with catastrophic consequences.