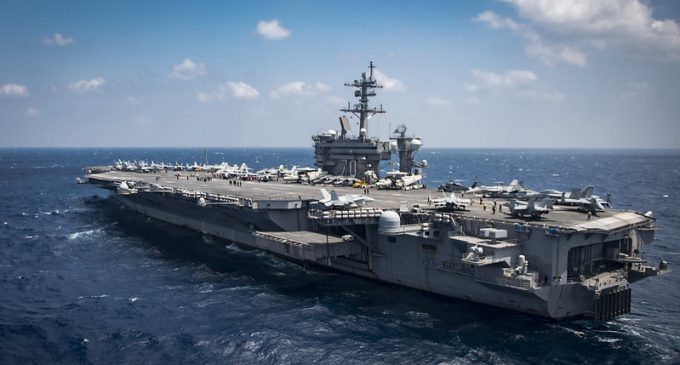 What exactly is the biggest infection on the planet? On Tuesday, Chinese military experts threatened the use of electromagnetic weapons on US warships that have entered portions of the South China Sea illegally claimed by Beijing.

“Several potential adversaries have or can acquire the capability to attack the United States with a high-altitude nuclear weapon-generated electromagnetic pulse (EMP). A determined adversary can achieve an EMP attack capability without having a high level of sophistication…It has the capability to produce significant damage to critical infrastructure and thus to the very fabric of U.S. society, as well as to the ability of the United States and Western nations to project influence and military power,” warned the Congressional EMP Commission in 2004.

Even though many experts warned that 90% of Americans could die within a year of such an attack, no president did anything to mitigate the threat, that is, until Donald Trump took office. On March 26, 2019, President Trump issued an executive order on the EMP threat titled, “Coordinating National Resilience to Electromagnetic Pulse.” It's hard to understate the importance of this first step that addresses a catastrophic threat to our nation. Truth And Action has been writing about this Achilles' Heel for years and I can tell you that it's big relief that we finally have a president that is addressing this vulnerability.

More details on China's threat on the next page.