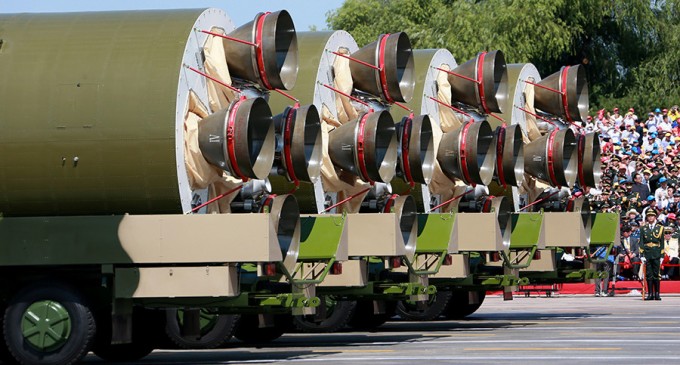 With the world's attention focused on the atrocities of ISIS and the perfidies of Russia, few notice the unsettling developments in the Far East.

No, this is not a reference to North Korea, the Stalinist rump state whose usually empty threats and boasts are practically a weekly occurrence, but it's more silent but much larger benefactor: the People's Republic of China.

According to the readings of the US satellite tracking system, the Chinese People's Liberation Army has successfully tested a potent new weapon. The weapon, a long range ballistic missile, can reportedly strike any target on any continent, bringing China one step closer to bridging the gap between it's military capabilities and those of the United States.

Even more troubling is the fact that the rockets can easily be outfitted as many as 10 nuclear warheads, something that increases not only the destructive capacity of the missiles but also the risk to Americans.