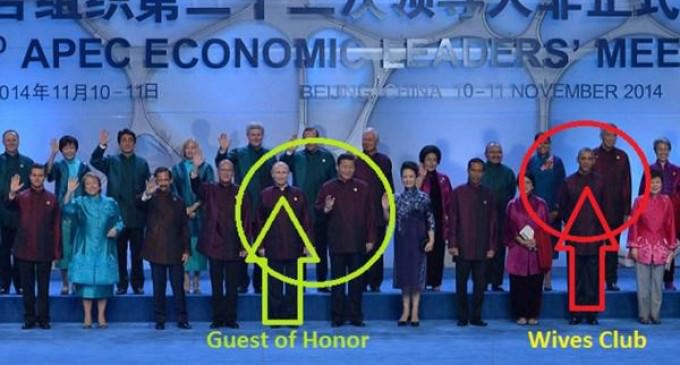 Our ever so elegant President has, once again, offended other nations by being less than genteel.

China actually threw him in with the wives club for an official photo, which Obama unwittingly allowed. This not only disgraced our President, but our entire nation as well.

First, Obama chose to not accept the same limo transportation as the leaders of other nations, but instead chose to use an American car, an offensive act of hubris.

Second, he was caught casually chewing gum upon his arrival at an economic summit in Beijing, which was considered very bad manners and met with much criticism.

Read More + Watch The Video By Clicking The Link Below: