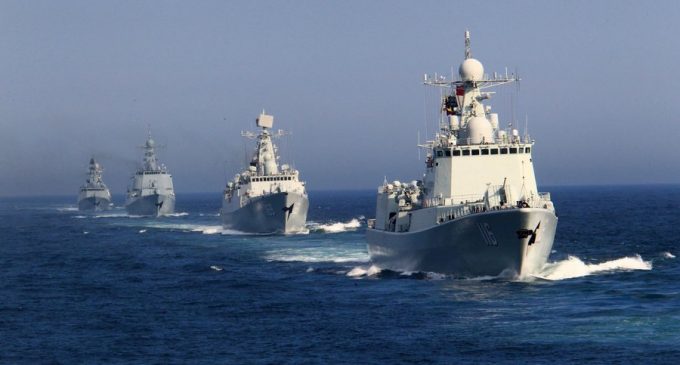 Chinese state-run Global Times media outlet published an op-ed on Wednesday promising that China and the U.S. will soon clash in a hostile exchange. The piece was a response to U.S. Navy guided-missile destroyer USS Benfold entering the waters near the Mischief Reef in the Spratly Islands of the South China Sea. China certainly views the zone as its “territorial waters” while most of China's neighbors and Western nations consider it contested. The U.S. claimed to make the patrol as part of a ‘freedom of navigation' operation.

“The US will definitely see the PLA show up at its doorstep in the not-too-distant future,” the op-ed said. “The two sides’ warships and aircraft on the seas will carry huge mutual strategic hostility, and the two countries will not yield to each other.”