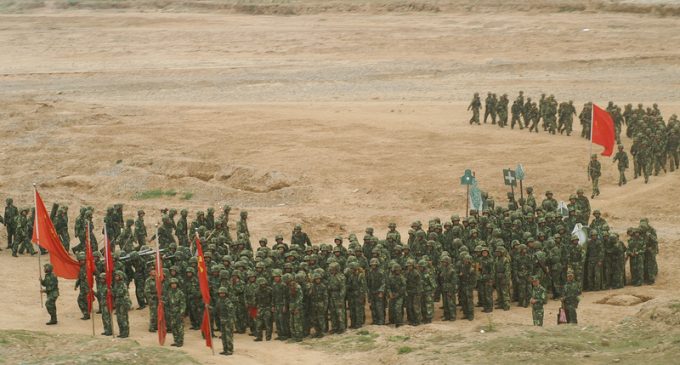 Donald Trump and Chinese President Xi Jinping seem to believe that North Korea may be up to something big — and China is taking preparatory measures, just in case.

The Trump administration began to take particular interest in North Korea after it's recent military provocations in the form of missile launches into the Sea of Japan. Another reason for the sudden intrigue may have been due to the impending meeting between Trump and Xi. Trump likely believes that Xi represents the United States' best opportunity to advance an agenda of peace on the Korean peninsula.

But maybe the reason for the focus on Korea is more pressing. Shortly after the meeting, the North Koreans appear to be prepping a major nuclear test — and the Chinese look to be mounting a potential military response.

Read about China's military move that is raising eyebrows around the world on the next page: