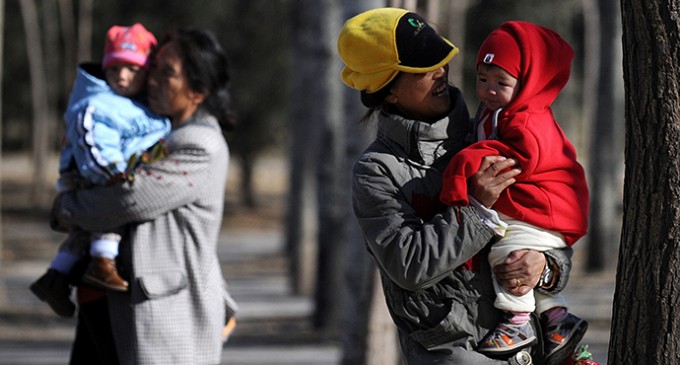 China has eased its 30-year old one-child policy for its citizens and it has also decided to abolish its labor camps.

Meanwhile in the US, we’re seeing our rights stripped and our middle class shrink.

China’s top legislative committee has loosened the rules around its controversial one-child policy and abolished labor camps, according to state media.

The National People’s Congress approved the decisions at the end of a six-day meeting, according to Xinhua news agency.

The new rules will widen existing exceptions to the one-child policy. One of the moves is to allow couples to have two children if neither of the parents have any siblings.

Beijing has maintained that its one-child policy, which was first introduced more than three decades ago, helps keep the country’s rapidly growing population in check.

But the policy’s application has been widely criticized. Photos emerged last year of a woman who was forced to abort her baby seven months into her pregnancy.

The country’s birth rate has fallen to about 1.5 since the 1990s – well below the replacement rate, according to Xinhua.

Despite amendments to the one-child policy, critics are still unhappy that China continues to exercise the right to decide how many children a family is allowed to have.

China has also decided to abolish labor camps, which have been long-criticized by human rights organizations.

The country adopted the policy of re-education through labour camps for petty criminals in 1957. However, the system soon became rife with abuse, prompting international players to criticize the setup.

The scrapping of labor camps received support from the ruling Communist Party at its Third Plenum meeting last month.