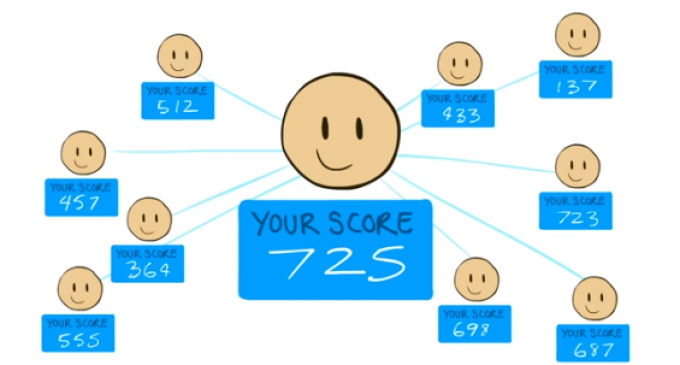 As China's citizens slowly catch up with the rest of the civilized world in terms of technology and social networking capabilities, their government has started to take notice of all the people using these things to speak out against them. Created under the name “Sesame Credit,” China has created a way of telling how good of a citizen you are. Using the same principles as models that calculate credit score, the owners of China's largest social networks have partnered with the government to to measure how obediently you follow the rules.

Apparently this has been in the works for years. China's social credit system aims to create a docile, compliant population. And though it hasn't been fully implemented yet, it's already working quite well. Disguised as a credit tracking system, Chinese citizens are already filling their social media feeds with their own ratings. To them it's just another app. Oh the ignorance.

Read more about this system on the next page.