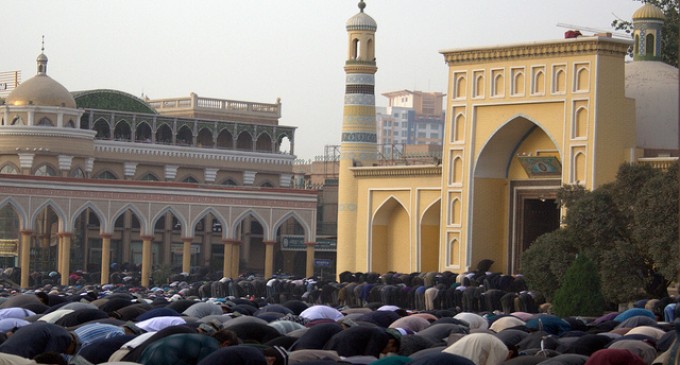 In light of recent terrorist attacks perpetrated by the Muslim minority known as the Uighur in China's northwest, the Chinese government of Xinjiang has began to crack down on the minority population of Muslims within the country. Some may think that similar crackdowns on Muslims in the United States is needed, although others take a more liberty oriented stance to the issue and grant Muslims their religious freedom.

The actions taken in an attempt to reduce terrorist activity includes banning the practice of fasting during the Islamic holy month of Ramadan and barring the Salat prayer in mosques.

Officials say that the laws were put in place to prevent religious indoctrination by teachers in schools. Some of the actual text of the law is as follows: 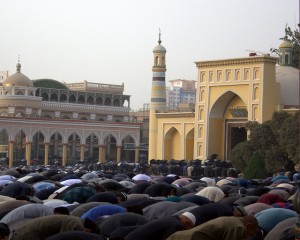 Despite the supposed intentions of the law being to only promote a secular education system, local authorities interpreted the law as applying to everywhere, not just school. Officials have been stationed outside of mosques, not allowing people with children inside.

On top of this, employers were forced to require Muslim employees to sign forms promising that they would not fast. In an increased effort to crack down on Islamic activity, at a celebration for the anniversary of the founding of China's communist party, officials served free food to test whether or not local Muslims were fasting.

German human rights spokesman Dilxat Raxit had this to say about the ordeal:

What do you think about the situation?