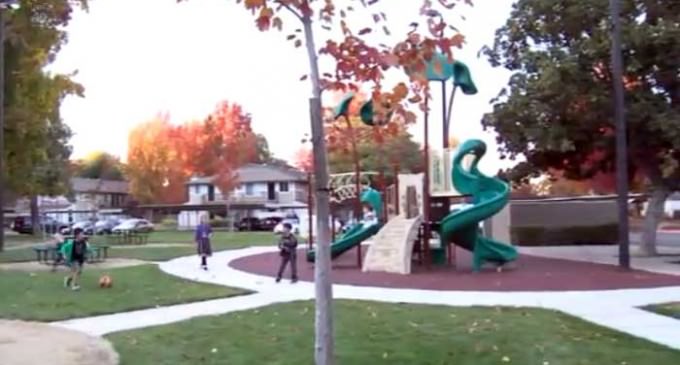 Helicopter neighbors? Is this a new trend?  One mom in Sacramento was turned into CPS by helicopter neighbors, because she allowed her 4-year-old son play on the apartment complexes play equipment without being right there with him.

Those who reported the boy and his mother, claim they were only concerned and stated that she should be grateful the child did not end up on an Amber Alert.

Now the mom has a criminal record for child endangerment, (who knew playing outside alone as a child could make one's parent a criminal), but now, she must have her child in visual sight at all times or she is in violation.

Read the penalties this mom faces on page two.