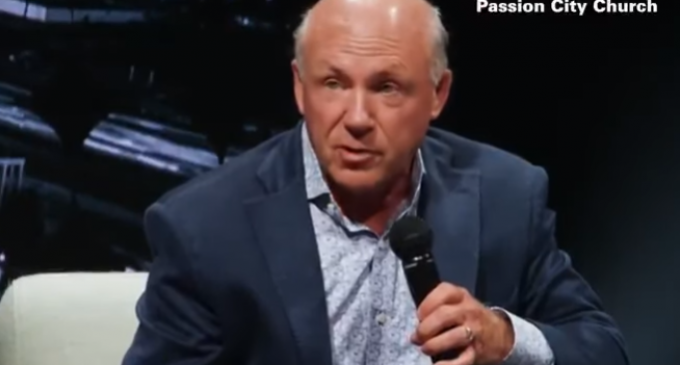 In a roundtable discussion with Passion City founder Louie Giglio and Christian rapper Lecrae on Sunday, Chick-fil-A CEO Dan Cathy called for white people to shine the shoes of black people to repent for their racism – this after about a dozen of the chain’s restaurants suffered vandalism over the past week.

Instead of condemning the actions of destroying the property of others, Cathy said victims should have empathy for the frustration at the base of the behavior.

“[M]y plea would be for the white people, rather than point fingers at that kind of criminal effort, would be to see the level of frustration and exasperation and almost the sense of hopelessness that exists on some of those activists within the African-American community,” Cathy said.