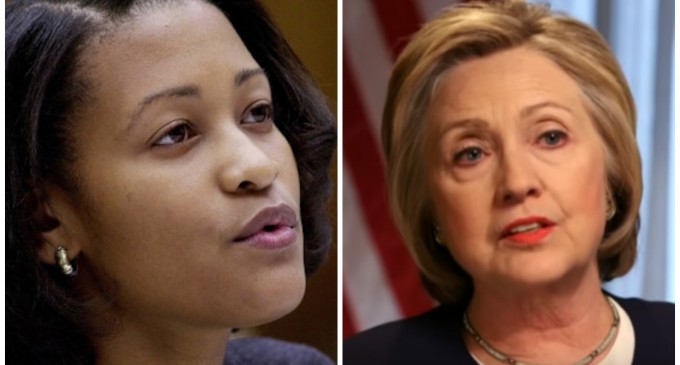 Cheryl Mills has a stuttering problem, as well as an acute case of amnesia.  Seven hours of stammering and the inability to recall when giving testimony before Judicial Watch.  One would think that someone with such grand credentials, former counsel and chief of staff to Secretary of State Hillary Clinton, would have greater recall.

In the seven-hour time span, Mills said, “I don't know” or other like statements 189 times.  It is a wonder with this kind of memory that she could even make it through law school!  Perhaps it was in law school she found loopholes for evading the question.  Her claim of ignorance is reminiscent of other's who claimed ignorance decades ago, as Mills was Bill Clinton's counsel for his impeachment hearings.

Certainly her poor recollection could be considered obstruction of justice in the search for truth regarding Hillary's email server.  Mills might not even remember what email is after such a lengthy interrogation.

Read the almost 200 “I don't know” statements compiled by Breitbart on the next page.