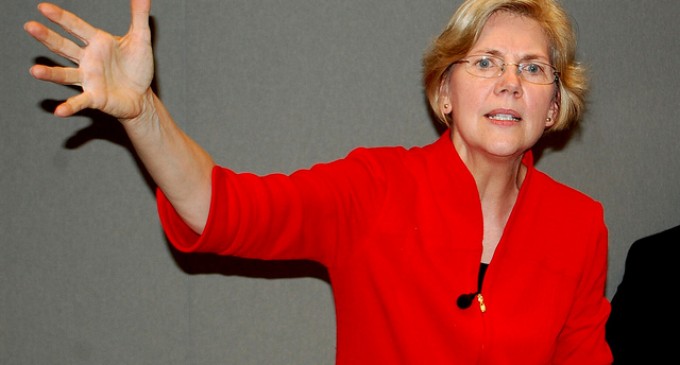 In recent weeks and months, the Democratic Party has released a new attack dog on GOP nominee Donald Trump — Massachusetts Senator Elizabeth Warren.  The senior senator from the Bay State has long been regarded as one of the most — if not the most — liberal senator in Washington.

It is one of the most poorly-kept secrets in Washington that Elizabeth Warren is no big fan of Hillary Clinton.  Many expected the über liberal darling to endorse Bernie Sanders early in the campaign, but Warren has largely sat on the fence between Clinton and the socialist senator from Vermont.  Many believe Warren is positioning herself to be a VP pick for whichever candidate wins the Democrat primary.

Donald Trump has taken to calling Warren “Pocohauntus” over her dubious claim of Cherokee heritage on the campaign trail when firing back at the senator for her constant attacks.  Now, another group is firing back at Warren — actual Cherokee Indians.  To read about the group of Cherokee who recently told the senator, “we don't claim you,” continue reading on the next page: