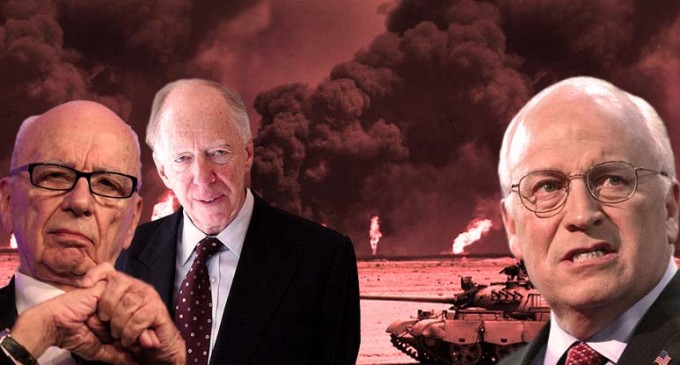 How are Cheney, Rothschild, and Fox News’ Murdoch, able to profit off of violating international law?

These investors in war have shown their true faces once again since the long list of publicity stunts stopped, such as donating to the needy, according to the Activist Post, that were planned in order to prepare for the backlash of criticism they are receiving now.

On the next page Justin Gardner describes the efforts made from these three men in order to exploit the war going on in Syria, and continue with their callous investment plans.

Even after a temporary restraining order was issued by the Israeli High Court in 2014 to halt the warmonger posse, it did not last long as moneyed interests won out, especially, because of prominent Israeli politician, Naftali Bennett, who has control over the desired Syrian territory.

Together these “war profiteers“ are managing to “challenge the world,“ exploit war, and reap the benefits of it all with no consequences in mind.

Read page 2 and find out what kind of havoc Syria is in for.