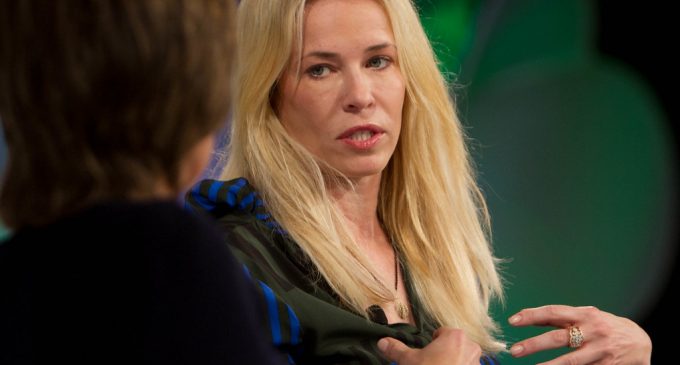 Netflix's latest leftist documentary features Chelsea Handler traveling the country apologizing for her white privilege with the agenda to learn “how to be a better white person to people of color, without making it a thing.”

My new documentary premieres on @Netflix in 2 days. It’s called ‘Hello Privilege, It’s Me Chelsea.’ It’s about me, Chelsea, exploring white privilege. And yes, everyone should watch it. Especially you, Mr. President.

“I’m clearly the beneficiary of white privilege. And I want to know what my personal responsibility is moving forward in the world we live in today where race is concerned,” Handler confesses at the top of the hour-long documentary, called Hello, Privilege. It’s Me, Chelsea, the dropped on the streamer Friday.

Handler told GQ in a recently published interview that she’s “somebody who has benefitted from extreme privilege.”

“I’m really eager to have a conversation about what it is I can know more about and to illuminate to people who are not of color what it means to be of color in this country,” Handler says in the film to an audience attending a college open mic event. Handler’s self-mutilation and constant apologizing is interrupted 10 minutes into the film by a young black college student who tells Handler that her Netflix documentary “is just another example of white privilege — using your white privilege. What are you going to do with it other than come into this space and take?”

Last month Netflix aired a Barack and Michelle Obama’s Netflix documentary titled “American Factory,” which has been slammed as an attack on the current president.

The documentary focuses on a Chinese billionaire who opens a factory “in the husk” of an abandoned General Motors plant, hiring 2,000 blue-collar Americans.

Journalist Ted Johnson labeled it the Obamas’ “first big anti-Trump statement of 2020” in an opinion piece published Tuesday by Politico.

“Its message is clear: Trump’s promise to reinvigorate the industrial heartland is going to take a lot more than a campaign slogan. There are no easy solutions. And if some manufacturing jobs do come back, they’re going to look nothing like they used to,” Johnson wrote.